Plant a tree in memory of Denise
An environmentally-friendly option 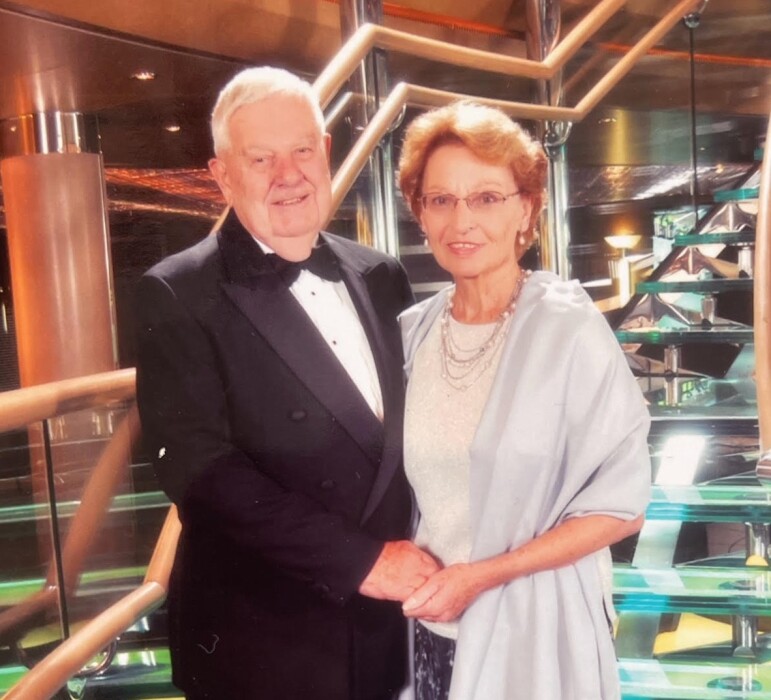 Denise Giraud Crocker passed away peacefully on May 24,2021 in Covington, Georgia after a lengthy illness with her daughter by her side. She was the beloved wife of Edwin Leighton Crocker who passed away August 25, 2020, mother of Fiona Crocker Golden and Alan Wilkinson, and the Super Awesome grandmother of Michael Edwin Golden. Denise was born October 22, 1940 to Marguerite Tissot and Eldon James Giraud in Izmir, Turkey. She spent most of her youth in Turkey as the loving daughter of Eldon and his wife Jeannine.  She later met and married Edwin in 1965. She spoke often of joyous afternoons spent with friends on their sailboat, the Oynash. After several amazing years they moved to Lebanon where Ed worked at the American University of Beirut. It was there that they found paradise. Playing tennis and swimming at Delhamiye Club, visiting ancient ruins, and entertaining new and old friends were how many days were spent during that period.  Edwin brought his family home to the United States in 1974, initially settling in New York City, then Oakland, California and finally Alexandria, Virginia where they bought their first and only home. Since 1988 they have lived in Alexandria and they considered Alexandria their hometown.

On Sunday mornings, Denise could be found solving the NY Times crossword puzzle. She also loved to play Scrabble and backgammon. Her roses in their townhome front garden were her pride and joy. Denise spent many, many evenings speaking one-on-one with her grandson, Michael. During his early childhood as he became enamored with Egypt, or Tiki Hawaiian life, or Dinosaurs, or front-loading graters, Denise would always research the topic and they would discuss these matters in depth. It was a truly beautiful relationship. She loved being by water. In recent years, Denise would walk the beach at Fort Erie, Canada searching for beach glass to add to her impressive collection. Edwin and Denise frequently visited Fiona, Randy and Michael in Georgia after Edwin’s retirement from a long career as a college and university administrator.  Denise made sure her family remained happy, healthy and well nourished and that their visiting friends and relatives were well entertained.

Plant a tree in memory of Denise by clicking here.
To send flowers to Denise's family, please visit our floral store.

A service summary is not available

Plant a tree in memory of Denise
An environmentally-friendly option

Plant a tree in memory of Denise

1 tree planted in memory of Denise

A Memorial Tree was planted for Denise Giraud Crocker

We are deeply sorry for your loss ~ the staff at J. C. Harwell Funeral Home and Cremation Chapel
Join in honoring their life - plant a memorial tree

Plant a tree in memory of Denise